The commercial eviction ban has been extended until 30 June 2021.

Frustrating for many landlords, the Government has once again extended the “Winter Truce” period in respect of evictions. The Public Health (Coronavirus) (Protection from Eviction) (England) (No.2) Regulations 2021 have extended the previous regulations and will now expire on 31 May 2021. Previously, the restrictions were due to end on 22 February 2021, and extended again until 31 March 2021.

Tenants must be given 14 days’ notice of an eviction taking place, which means it is likely that 14 June 2021 is the earliest date upon which appointments will be arranged.

However, if one of the following exemptions apply, Landlords can apply for their case to be exempt from the restrictions:

It is worth highlighting that, for the possession order to have been made on the above exemptions, a section 8 notice will likely have been relied upon, rather than a notice to quit or a section 21 notice, which are non-fault based notices.

In February 2020, the landlord applied for a warrant so that they could evict the tenants.

After this, of course, the pandemic hit and the warrant could not be executed due to the emergency legislation which had been passed.

In December 2020, with virtually no more rent having been paid and the possibility of enforcement having arisen, the claim was transferred to the High Court and a writ for a warrant of possession was issued. At this time, rent arrears had accumulated to around £70,000.

In the interim, regulations had been issued which prohibited the execution of writs/warrants of possession until 21st February 2021. At the time of writing, this has been extended until the end of May.

Due to the substantial rent arrears, the landlord had assumed that it could rely upon an exemption. However, although the arrears were substantial in this case, the underlying possession order, it will be recalled, had been made solely on the basis of a section 21 notice.

The landlord made an application seeking permission to issue a writ of possession. Master Dangall considered this application, and also referred to the Explanatory Memorandum provided with the Regulations which emphasised that evictions were banned ‘save in the most serious circumstances’.

Master Dagnall considered that he was being asked whether the court should be satisfied that this case fell within the exemptions to the eviction ban. This raised certain procedural questions since the matter had been transferred for enforcement, however the Master was satisfied that he could potentially make such a declaration. He first afforded the tenants (with the assistance of Shelter) a short period to formulate their response.

The starting point was that the landlord did not come within the exemption because possession had not been ordered under section 8. However, counsel argued on its behalf that the exemption should be read to include any case where, as here, the factual background was in fact one of substantial arrears. To reach that conclusion, she cited Human Rights legislation, and argued that s.3(1) of the Human Rights Act 1998 required the legislation to be read so as to give effect to Convention rights, including Article 1 of the First Protocol (peaceful enjoyment of possessions) as well as Article 14 (discrimination, putatively against those who had s.21 as opposed to s.8 orders). She accepted that convention rights should be balanced and that the tenants had a right to the respect for their private and family life (Article 8).

The Master was dubious as to whether this really was a Human Rights case at all, and whether the legislative framework really did require that tint. To the extent that there may be public law issues, these were not matters that could be dealt with save by judicial review, however he considered it important to resolve the private law issues before him.

He therefore felt he was bound to consider whether a Convention right (A1P1) was engaged. He concluded that the Regulations indeed interfered with that right though he was less impressed with the discrimination argument. He then explored the question of the justification for any infringement.

Analysing the exception to the ban on evictions as he was invited to do, he concluded that the Regulations could not be read to include s.8 possession orders when only s.21 had been referred to.

The Regulations had a powerful policy motivation (in the context of the pandemic) and the exceptions were narrow and specific. To read them as the landlord wanted them to be read would not be a slight change but “a major one and not just a tinkering with a minor element”.

Accordingly, the landlord was not given permission to enforce the warrant.

Essentially, the above case highlights that, in order for a landlord to rely upon the exemptions referred to above,  the claim for possession would have had to have been made having sought possession on an expired section 8 Notice. Whilst this was not strictly what had been included in the regulations, it appears that this will be the ongoing interpretation.

Therefore, Landlords who have issued possession proceedings reliant only on a section 21 Notice will not be eligible to apply for the exemption regardless of the amount of arrears outstanding. This outcome therefore makes accelerated proceedings less attractive in the current circumstances which are only available to section 21 claimants.

Additionally, when relying upon both a section 8 notice and a section 21 notice, even when a section 8 order is not ‘needed’, in the current circumstances it would be sensible to ask the Judge to make the order expressly on every possible basis.

If an exemption does apply, then it is worth highlighting that those looking to use the exemptions to obtain possession must make a separate application requesting the court permits an earlier eviction stating the matter is exempt from the regulations and can be listed for a bailiff appointment. The courts will not apply a relevant exemption on their own initiative.

The pandemic is throwing up some unusual challenges which will, all being well, pass soon. Hopefully the extension of the winter truce up until 31 May 2021 will be the last, and will allow landlords not able to rely on any exemption the chance to evict tenants, as is their right. 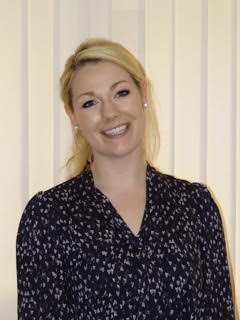